We harness the cloud to make mobile devices do more...

We are a team of highly motivated people who enjoys solving hard problems and more importantly we do it because we love what we do. We put a bunch of talented people and free them to do cool stuff they love without the 3Bs - bosses, bureaucracy and BS. Then we watch the magic happens.

Lawrence Suen is the software architect and co-founder at Appsverse. He is responsible for the architecture and design of all products at Appsverse. Prior to Appsverse, he founded L2 Soft, a leading company in the automated marketing platform software space. Serving as the CTO, he led a team that serves a diverse range of enterprise clients in the financial, healthcare and government. Before that, he was the Chief Architect for ELetter, a silicon valley VC funded startup, where he directed the software development of several core products in both a technical and management role. Prior to ELetter, Lawrence worked at Oracle developing supply chain management software. He holds an M.S. in Computer Science from Stanford University, as well as a B.Sc. in Computer Science from Cornell University.

Fai Leong is the co-founder of Appsverse. When he is not dreaming up more stuff for the cloud and mobile devices to do, he can be found coding with the engineers. Previously, he co-founded and launched Askville.com which is a top 5 Q&A website and part of Amazon. He also did business development for Openwave working with carriers such as Verizon, Sprint, China Mobile and others in US and Asia. Before that, he founded Buildfolio a mobile enterprise asset management company that was merged with SQLView. Fai was previously a senior engineer and product manager at Oracle. Fai graduated from Cornell with both a BSc. and MEng. in Computer Science in just 2.5 years. He also graduated with a Master in Engineering Economic Systems and Operation Research from Stanford and holds a MBA from Harvard Business School.

Run existing legacy applications and desktop applications on your mobile devices - iPhone, iPad and Android with ease. No porting. No messy code rewrite. Leverage on our virtual app streaming platform.

We virtualize your apps and run it in your own datacenter or our cloud platform. Deliver existing desktop apps to your employees and/or customers faster than it takes you to port the apps to mobile.

Stream and run your apps to as many mobile devices as you want. Update your app and deploy instantly.

Appsverse works with partners and ISV to bring mobile app streaming to small businesses and enterprise.

Your data and application logic still lives in your database, servers and datacenter. No data gets stored on the device.

Email us at to learn how we can help your company bring any apps (desktop, legacy and Flash) to mobile devices.

With Appsverse Cloud Gaming Platform, game publishers can publish any PC game titles to iOS and Android. Stream any PC, Flash or console games to any devices anywhere with our low latency high performance technology.

Speed up your time to market for PC and console games to mobile devices. Appsverse mobile cloud technology is already used by millions of consumers worldwide. If you are a game publisher and are interested in what we can offer you, contact us at 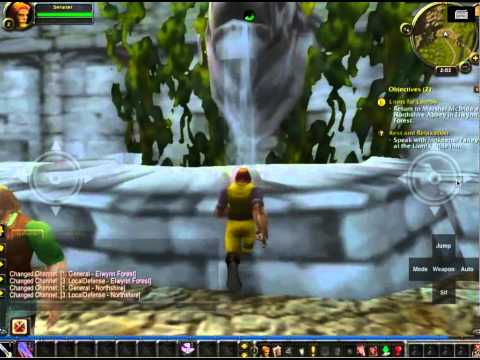 
For support questions, please read FAQ below before emailing .